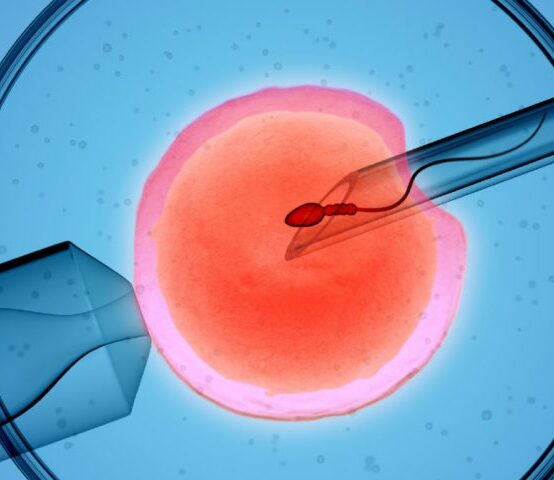 The Disposition of Genetically Stored Material

The Code of Federal Regulations Title 21, section 1271, regulates human cells, tissues, and cellular and tissue-based products. The purpose was to establish donor eligibility, current good tissue practice, and other procedures to prevent the introduction, transmission, and spread of communicable diseases. This included oocyte (egg) donations, and semen donations for use in assisted reproductive technology cases.

For those seeking to become parents and unable to conceive a child naturally, in vitro fertilization (IVF) is a logical next step.

During IVF, mature eggs are collected from the ovaries, and are fertilized by sperm in a lab. When prospective parents use IVF, many of them hope to generate more embryos than they intend to implant immediately. The technology often requires multiple attempts to reach a successful pregnancy, and couples can cryopreserve any excess embryos so that they have them on hand for later attempts.

But what happens to the cryopreserved eggs/sperm/ embryos during divorce?

Given the lengthy duration of cryopreservation, many courts in the U.S. face a recurring problem: the partners dissolve their relationship, and one party wants to use the frozen embryos over the objections of the other. Courts and legislatures have struggled with how to handle these cases, which seem to pit one partner’s right to procreate against the other’s right not to procreate.

The first case to consider the disposition of disputed embryos in a divorce was Davis v. Davis (TN 1992), wherein the Supreme Court of Tennessee decided a dispute over cryopreserved pre-embryos. The parties had not signed any written agreement regarding disposition of their embryos at the time they underwent IVF. In the absence of a prior agreement, the Tennessee Supreme Court balanced the parties’ conflicting constitution interests in procreation – Wife’s right to procreate and Husband’s right not to procreate. The court ultimately decided in favor of Husband, in part relying on the possibility of Wife achieving parenthood through another cycle of IVF or through adoption. The court went on to say these disputes should be resolved according to the preferences of the embryos’ progenitors, if prior agreement exists, and only in the absence of an agreement should a court balance the parties’ interests, and in most cases, the party wishing to avoid procreation would prevail.

The law recognizes every person’s right to control his or her future precreation. This right severely limits the government’s ability to prevent a woman from aborting her pregnancy, prevents the government from controlling an individual’s medical choices, and prevents courts from intermeddling in private parties’ procreational decisions. The law, however, has always limited the ability to contract by refusing to enforce agreements that violate public policy or intrude on domestic courts’ decision making authority regarding children.

In Re Marriage of Dahl and Angel, 194 P.3d 834 (Or. Ct. App. 2008), the appellate court found that frozen embryos are “Personal Property” in the context of a dissolution of marriage. The court further found that absent a countervailing policy, it was just and proper to dispose of the embryos in the manner the parties chose at the time they underwent IVF.

In July 2012, the National Conference of Commissioners on Uniform State Laws approved and recommended that states adopt the Uniform Premarital and Marital Agreements Act. This Act not only regulates property and money issues in the drafting of premarital and marital agreements, but also expressly recognized that there may be agreements on “custodial responsibility.” This term includes child custody, child support, and child creation. Under the Act, such agreements would not bind the courts because parents and prospective parents do not have the power to waive the rights of their current or future children or to remove the jurisdiction or duty of the courts to protect the best interest of minor children.

A progenitor dying and leaving genetically stored material poses its own issues, leaving his children and other heirs with the unwanted task of deciding what to do. If the heirs determine to maintain the genetically stored material or agree to the transfer of the embryo in hopes of creating a child, inheritance issues can add to the challenge. Under the Social Security Act, a posthumously conceived child’s right to inherit under the applicable state’s intestacy statute is dispositive of that child’s right to receive Social Security Benefits. If a child qualifies for intestate succession under the applicable state law, that child can receive Social Security benefits through a deceased wage earning parent.

However, state legislatures have failed to keep pace with scientific development and only 11 states sufficiently address how to resolve issues dipositive of whether a posthumously conceived child can inherit under intestate succession.

These issues can be avoided if the progenitor addresses the following issues:

Some medical providers are including a dispositional agreement in their informed consent documents at the beginning of the IVF process. However, asking couples to determine what should be done with the embryos if they die, become disabled, or choose to divorce adds yet another layer of information that can be difficult to process or thoughtfully evaluate. These couples are often emotionally distraught about their fertility challenges and are focused solely on having a baby. Asking them to think about their mortality or future marital problems could lead to psychological overload and a glossing over of the import of the information that is being conveyed.

There is a proposal that new legislation require couples to come to an agreement on the disposition of embryos before they can begin any IVF procedures. Such laws would allow courts to honor the parties’ intentions manifested in their agreement and to apply the clear foundational principles of contract law in the event of a dispute regarding terms or intent.

Until a clear legal consensus emerges on the issue, individuals cannot have any reasonable expectations about their legal rights when it comes to cryopreserved embryos.