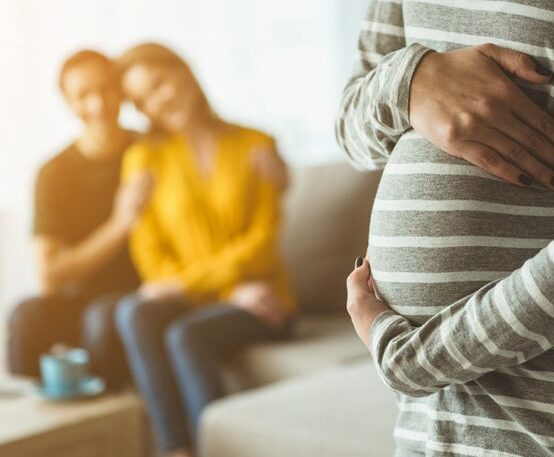 Insurance companies in Nevada can no longer discriminate against a woman for acting as a gestational carrier (aka surrogate) when it comes to health insurance.  In the 2019 Nevada Legislative Session, Kimberly Surratt requested a bill to prevent insurance companies from discriminating against surrogates.  Assemblywoman Bea Duran (Democrat, Las Vegas) sheparded AB 472 through the legislative process and worked to ensure its passage.  The bill received significant support from the Nevada Justice Association, the Nevada Association of Health Plans and the Nevada State Medical Association.

In 2013, Nevada became a nationwide force in Assisted Reproductive Technology Law when Ms. Surratt and Assemblyman Jason Frierson worked together to pass comprehensive statutes modernizing Nevada’s Assisted Reproductive Technology law.  That law provided for  Surrogacy/Gestational Carrier agreements.  Since then, because some insurance companies declined to cover surrogacy pregnancies, Nevada has seen surrogacy numbers decline.  For individuals shopping for insurance coverage in the individual marketplace in 2019, there were no  options for Nevada women choosing the path of surrogacy.

Ms. Surratt asked the Nevada Legislature to help assure that an insurer may not decline coverage of routine maternity services because the insured woman is acting as a surrogate for another family.  During the process, Sarah Paige of ART Risk Financial & Insurance Solutions was enlisted to provide expert testimony on the issue.  Ms. Paige testified that Nevada went from one of the most progressive States for reproductive law to a State with more challenges because of the limited insurance options.

Getting the bill passed was difficult.  No other State has similar legislation for Nevada to model.  Instead,  a Wisconsin Supreme Court decision interpreting the Affordable Care Act (“ACA”) was used as guidance in testimony and discussions with the Legislators.  Mercycare Insurance Co. v. Wisconsin Commissioner of Insurance held that excluding surrogates from maternity care was discrimination because it excluded some women from coverage based on how conception occurred.  The insurance commissioner in Wisconsin stated that the inquiry of insurance companies into how a woman conceived was “intensely personal.”  He stated, “to give an insurer license to inquire into why a woman is pregnant or whether she intends to keep her baby would be improper.”  The Wisconsin Supreme Court found that “An insurer may not make routine maternity services that are generally covered under the policy unavailable to a specific subgroup of insureds, surrogate mothers, based solely on the insured’s reasons for becoming pregnant or the method used to achieve pregnancy.”

During the legislative process, a concern was raised that the Nevada bill would add an additional mandate on Nevada insurers.  The Nevada Division of Insurance ultimately agreed with Ms. Surratt and Ms. Paige that it was not additional but rather an already mandated benefit that needed to be applied equally to all insureds.  This was significant because consequently the bill did not include a fiscal note.

The passage of this bill is significant for Nevada.  Even if the ACA is modified or eliminated, Nevada insurers will still be required to cover an insured when she is acting as a surrogate.

The new law also states that an insurer cannot seek reimbursement for maternity care provided to an insured acting as a surrogate.  In other words, insurers cannot rely on subrogation or a lien on the surrogate or the intended parents to circumvent the intent of the statute by going after a surrogate’s compensation.

Unfortunately, the law does not require an insurer to cover reproductive technology, such as in vitro fertilization, only the costs of prenatal care and delivery equally to any woman who is pregnant whether she is carrying her own child, or another family’s child.